Important Facts About DUIs and Alcohol 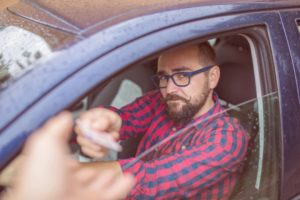 Arizona has some of the highest DUI rates in the nation. How many facts about Arizona DUIs and alcohol do you know? Most people only know a few, if any at all. However, this is a very dangerous aspect of many people’s lives. It is very important to understand how impactful alcohol really can be in someone’s life. You may have someone in your life that struggles with alcohol, and they may even realize just how much danger they are in. If you suspect someone you care about struggles with the effects of alcohol abuse, contact DUI Class Online AZ Today. It is important you understand just how powerful alcohol can be. Here are some very important facts to know about both alcohol, and how it turns into DUIs each year.

Facts You Need to Know About DUIs and Alcohol

One of the scariest facts about DUIs and alcohol is that the average person who drinks, then decides to get behind the wheel will do so about 80 different times before they finally face their first arrest. Granted, some are far fewer, but some are far more than those 80 times, too. Around 80 times that person will put their own life, and the lives of those around them at risk. They will believe themselves safe to operate a motor vehicle, and try and drive themselves somewhere.

Another important fact about DUIs and alcohol is the number of injuries and fatalities that comes with them. Look at your clock and watch it go ahead by two minutes. Then, come back here and realize that at least one person was just injured because of DUIs and alcohol. That’s right, it takes only two minutes for that to happen, day in and day out. There are also those that do not survive a DUI. Some are the drivers, others are innocently in the wrong place at the wrong time. While deaths do not occur quite as often, they still happen at an alarming rate. It is said that every 51 minutes someone dies as a direct result of someone that drank then drove.

When you look at the facts about alcohol as opposed to the facts about DUIs and alcohol, the numbers get even harder to swallow, pardon the pun. Nearly 100,000 people die each and every year as a result of alcohol abuse. Here is another fact that may put alcohol abuse in perspective. Consider your average hospital. Take out the beds reserved for ICU and the maternity ward. Out of all of the rest of those beds, 2 out of every 5 beds are used to treat some type of ailment directly related to alcohol abuse.

Looking at people under the legal drinking age in nearly every state of 21, the numbers are equally as problematic. Approximately 5,000 people in this age group die annually because of alcohol consumption or an incident that directly relates back to alcohol. This can include crashes in vehicles, suicide, homicide, alcohol poisoning, and accidents related to drunk driving. When you add up all of the years under the average lifespan people are when they pass from any alcohol related reason, you have nearly 2.5 million years. That is how many missed years we have just here in the United States annually.

You Have Options When Armed with Facts About DUIs and Alcohol

When you go into a conversation with someone that struggles with alcohol, arm yourself. Get the facts about DUIs and alcohol and show them. Point out how dangerous this simple, “legal” drug can cause. Getting a DUI has many consequences that come with it. Do they have a backup plan if they get pulled over and arrested? Many people who drink regularly to excess do not even have an extra emergency fund, let alone bail money if someone was hurt while they were driving under the influence.

The first thing to happen once a person gets a DUI in Arizona is they lose their license. What happens to them then? Will someone be able to drive them to and from work each day? How will they get to the store or pay a bill that cannot be paid online? These are difficult questions, but they need answers.

If you go into that conversation armed with facts about DUIs and alcohol, you are more likely to be able to give them new insight. It is really easy to ignore the consequences of drinking or to justify your behavior when you think you know it all. However, when faced with these facts, it can be much more difficult to deny what is going on. Show them the truth about their actions and behavior. Maybe then they will understand the importance of getting help now, rather than waiting.

Alcohol is a very personal drug for most people. They do not share that they struggle with it, and they do it in private for most of their struggle. However, when you firmly believe someone you care about is going through that struggle, it is best to take a moment to help, if you can. They may not be ready or willing to listen to you putting those stats in front of them, but at least let them know you are there.

Explain to them you do not want them to get into an accident, or face an Arizona DUI charge. The consequences of those actions are long-term and the cost is quite high, not just financially. If you or someone you love is in a fight for their life with alcohol, do not go through the fight alone. There are plenty of people who can and will help. Contact us or call at (602)535-6468.

DUI Class Online AZ is here, ready and waiting to help you or your loved one with anything you need to break free from the grips of alcohol.